Welcome to my weblog!
The place where I will regularly post thoughts and comments on any aspect of music.
Join my World of Music - and feel free to comment!
(As you see, the blog is in DInglish - Dutch International English - but comments in Dutch, German, French, Spanish and Frisian are welcome.)

Curious who I might be?
Look me up at my personal page.
Want to be notified when a new blog entry appears? Leave your email-address at the 'Follow by Email'-option below. (Or find me on LinkedIn and Twitter - @EvertBBoele.)
And you might check my other blog, Evert Listens to Dylan, if you would be interested what listening to the complete recordings of Bob Dylan does with (or to, or for) me.

This work is licensed under a Creative Commons Attribution-NonCommercial-NoDerivs 3.0 Unported License.

Music is good for nothing

In these days of cuts on the national and local culture budgets, the cultural sector frantically tries to answer the question “What good is culture anyway?” And for good reasons. It is never straightforward that tax money paid by state citizens is spent on roads, hospitals, guns or music. We owe the tax payer a good story.

So, rephrased to music: what good is music anyway? Basically there are two types of answers. One is intrinsic: everybody needs, or deserves, music. Because music is beautiful, or relaxing, or energizing. Music is “good”. The other is extrinsic: music fosters social coherence, for example, or makes you more intelligent. Singing prevents fights. Mozart helps math. Music is “good for something”.

Both answers – “good” or “good for something” – are undoubtedly true. But the answers are problematic for two reasons. One is that it depends too much on a formulation of what is “good”. The other is that, as a consequence, the “bad” comes into play. Music is able to contribute to hypnotize a mass of people towards violence. It is able to distract pupils from their homework. If played long and loud enough, it is able to drive detained people crazy.

An alternative for the “good (for)” justification might be to look for a more neutral one - good for nothing, as it were. Recently, Henk Jan Honing, the Dutch professor in music cognition, started to argue along this path. He discusses the idea expressed by many that the existence of music must be explained in terms of evolutionary advantages. He dismisses all those ideas, and then makes a for me rather disappointing U-turn: because music is evolutionary meaningless, he says, it opens up a place where humans are able to play, to experiment without grave consequences. In making this U-turn, he actually re-introduces via the back door a strong idea of the “good (for)”-argument: music is good for harmless experimenting. Attributing evolutionary significance to that seems just one step down the road.


It is sympathetic but I think Honing should have steered straight and not taken the U-turn. Let’s give it a try. Music is evolutionary meaningless, and actually we don’t have to explain its existence in evolutionary terms, because (paraphrasing Dutch writer Karel van het Reve’s work on the Petauroides Volans) traits of living beings are not to be explained in terms of their evolutionary usefulness, but in terms of their evolutionary harmlessness. Music was at some point for some reason invented because our acoustical environment made it possible. Once invented, it just stayed, because it lead to no significant disadvantages (a slight rise in repetitive strain injuries and the much later invention of stage fright put aside) and basically became meaningful for various people in various ways.

It is precisely that – that music is in itself neutral and harmless but may be put to a thousand household uses – that makes music intrinsically interesting. It is not hard to show that for nearly everybody music is an important factor in life. The way music is put to use is endlessly varied; as Eric Clarke puts it:  “Music affords dancing, singing (and singing along), playing (and playing along), working, persuading, drinking and eating, doing aerobics, taking drugs, playing air guitar, travelling, protesting, seducing, waiting on the telephone, sleeping… the list is endless.”

It is this important power of the neutral phenomenon of music to serve as a vehicle for an endlessly varied list of meaningful human behavior, that is in itself enough demonstration of the importance of music.

Henkjan Honing. Iedereen is muzikaal. Wat we weten over het luisteren naar muziek. [Everybody is musical. What we know about listening to music.] Amsterdam: Nieuw Amsterdam, 2009. 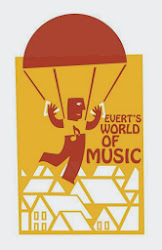